The Largest Sums that Players Paid in Online Games 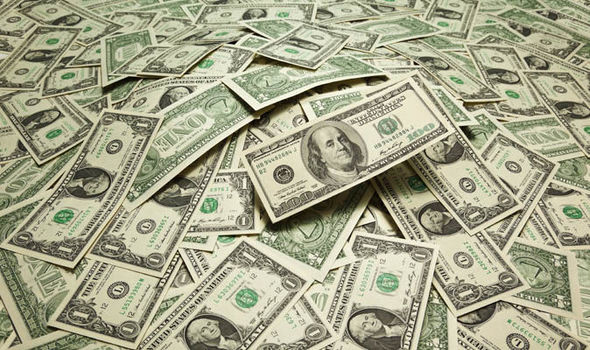 Games for people always took first place, and indeed the whole life of man is a game. Psychologists, poets, philosophers have always tried to find analogues of the game in the behavior of animals, the phenomena of nature. But, most likely, the game is a specific and only a being of a person. And in the history of mankind, gambling played a big role, that is, games for money. So, it is believed that they were born in 2300 BC in China and to this day they play a large part of the world's population.

But we are not talking about gambling, but about online games, although it can not be fully argued that modern games in which users make large sums of money are not classified as gambling. Of course, gambling involves some bet, and the outcome is completely subordinated to the case, but in online games, when the player buys some improvement he competes with others and not the fact that he will remain the winner. In general, to discuss about the affiliation of online games will not, but just give the figures of spending players in online games.

According to statistics, people who registered in various online games are distributed as follows:

As you can see from the statistics, few people make money online games, and if they make small sums. In the world practice there are very interesting cases, which are even included in the Guinness Book of Records. Here about such cases we will tell in this article.

Let's start with the recent history that happened in Britain, where a five-year-old boy transferred to parental items in the game Zombies vs Ninjas for iPad parents' money from a plastic card. The amount was about 1700 pounds sterling.

The next in spending is the game World of WarCraft, known to every gambler. In it, a man paid one lucky player who managed to get two of Illidan's blade. So, the blades went to the buyer for $9000. However, the player who bought these blades was not happy for long. Blizzard found out about this and blocked the player's character, but the seller remained with his money.

The next game in the list of expensive spending is online MMO Second Life. In this game, the real business is thriving: players sell characters and provide a variety of services. And in 2007, one player bought a virtual city of Amsterdam for $ 50,000.

Well, the record holder in this list, which was entered in the Guinness book of records, was the game Entropia Universe. In it, John Jacobs spent $100,000 for an asteroid. He at this facility opened a nightclub, which began to bring income to the owner of $200,000 per year. In fact, this is a real enterprise that wanted to acquire wealthy citizens for $335,000, but this is only part of the asteroid, the rest he sold in parts to others, and the total price was $635,000.

As you can see the sums that people spend on online games are rather big, that's why in some countries they start to introduce restrictions. So in Japan, imposed restrictions on the money contributed to children under 15 years of age, they will not be able to spend more than five thousand yen or slightly more than one and a half thousand rubles.

So can you call gambling a disease that forces people to give large sums, lowering their wages and savings? After all, in fact, to replace the casino came a new misfortune, leading people to frenzy ...